Living With Lies: How the Unvaxxed, Despite a Lower Covid Infection Rate, Are Supposed to be a Threat to the Double Vaxxed

Why the double-vaccinated in some places are testing positive for COVID more often than the unvaccinated is the title of a National Post article that perfectly demonstrates the uselessness of the mainstream media.
The author of that NP article takes what is a well known and indisputable fact, namely that the vaxxed have a higher Covid infection rate than the unvaxxed, and then mulls around attempting to find some rationalization, however feeble, to justify the lies and bullying that drive the mass vaccination campaign. For example,

“experts say the trend probably stems from statistical “biases” — the nature of the people who have been getting tested and who most frequently were exposed to the virus — and definitely not some strange quirk of immunization.”

Nah, nothing quirky. The reason is straight forward and, once you ignore the misdirection, obvious: it is that the vaxxed spread Covid because they believe what is implied by the vax campaign propaganda, namely, that they are protected from Covid. So naturally the vaxxed circulate and socialize more freely than the unvaxxed who know that they are at risk of picking up a potentially lethal illness.
So  it is not the unvaxxed who are chiefly responsible for the spread of Covid, but stupid or dishonest, people like Justin Trudeau and British Columbia's Saint Bonnie, "be kind, be calm, be safe" Henry, who push the vax by unjustly and mendaciously demonizing the unvaxxed as Covid spreaders.
The vax does not stop the spread, it hastens it, while it kills or injures a substantial, though hidden, number of those who take it. All that can be claimed by the vaxxers is that the vaccinated are less likely to need hospitalization if infected. That's a plus, if true (though see link to UK data highlighted in red below, which show negative vaccine effects on infection and mortality), but hospitals are not overwhelmed by Covid cases and never have been. And if they had been, there were, or should have been, standby beds in temporary hospitals, such as these.
Trudeau: Anti-vax? Your views are unacceptable
Rex Murphy: Should Trudeau Decide What's Acceptable?
The prime minister's scornful dismissal of the truckers convoy makes me wonder: have those who rule us forgotten the basis of their rule? Read more
"It's 70km Long!" - World's Largest Truck Convoy Challenges Trudeau's Vaxx-Mandate
One of the best Canadian Anthem videos ever created: #TruckersForFreedom2022 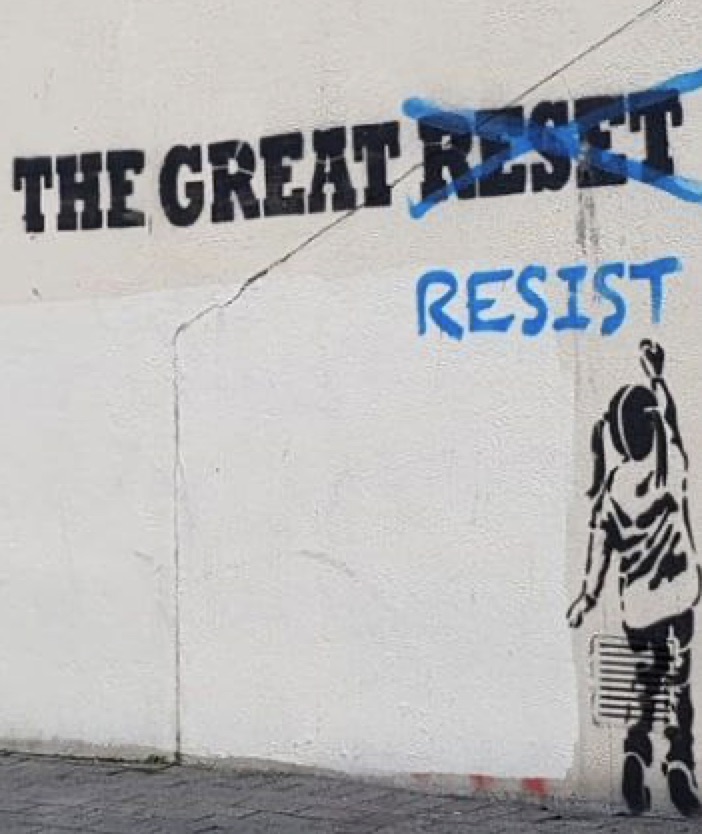 "Ol’ blackface Trudeau is taking a page straight out of Biden’s playbook.

The tyrannical Canadian PM is currently holed up in his basement as tens of thousands of trucks and countless others begin arriving in the country’s Capitol of Ottawa to protest his autocratic Covid-19 mandates. ..."

So it's not just we Canucks: The World hates our low-IQ, narcissistic, Fascistic, pseudo-liberal, so-called leader.
Canadian Freedom Convoy 2022: The Longest Truck Convoy Ever at 43 Miles Long
The Canadian Trucker Convoy
Double Vaccinated Have Double the Infection Rate, Data From Iceland Show

Latest Mortality Figures Suggest That Vaccine Effectiveness Has Been Overestimated

Death Falls to Zero or Below, UK Data Suggest

We’re experiencing an attack on the foundation of ordered liberty, an assault that is already in the process of submerging democracies beneath what the Italian philosopher Giorgio Agamben has called a “permanent ‘state of exception.’”

The Left-wing case against vaccine mandates
"What Have You Guys Been Right About?"
Posted by CS at 10:30 AM