Vaccination massively increases risk of Covid infection, yet (or for which reason) our Jackass, low-IQ Prime Minister energetically insults "Anti-Vaxxers"

By "anti-vaxxer," our Premier, Justin Trudeau, God help us, means the unvaccinated. Such citizens Trudeau has labelled with crude hate speech, racists and mysogynists. This from the blackface guy who said of a groping complainant, "people experience things differently."

But the truth is, very few unvaccinated Canadians give a damn whether or not others are vaccinated. Certainly we have no objection to Justin Trudeau being jabbed as often as he likes — the more often the better, in fact.

But we decline, on our own behalf, an untested, so-called vaccine that has killed thousands merely to protect us from an infection shown to be little if any more deadly than the flu. An infection, moreover, that we, and probably a third or more of the Canadian population, have already had and survived without need of medical intervention.

As for the lie repeatedly asserted by Trudeau, Biden and Bojo, together with their European, Australian and New Zealand Nazi collaborators, namely, that the unvaccinated threaten the health of the vaccinated, it is complete bollocks. As stated last July, by none other than Rochelle Walensky, Director of the US Center for Disease Control, the vaccinated can catch and spread Covid as readily as the unvaccinated.

What's more, British data show that the vaxxed in all age groups over 29 have a roughly two-fold greater probability of catching Covid than the unvaxxed (UK Health Security Agency, see Table 2).

Which when you think about it is not so strange. With false confidence in the effectiveness of the vax as instilled by liars and wannabe tyants like Trudeau, the vaccinated throw caution to the wind, socialize as if immune to infection, and thus put themselves at high risk of getting Covid — and spreading it. Trudeau's anti-vaxxers, on the other hand, tend to be more careful and thus do more to slow the spread than the vaxxed, or pro-vaxxers, to use the Trudeau's mode of communication.

And now we have this: Vaccine Effectiveness Plummets to as Low as Minus-151% as Omicron Cancels Out Boost From Third Doses, which confirms that the vax really does increase your risk of Covid infection.

It's time now for Ottawa to terminate the Covid scam before the city begins to look like the riot-torn Kazakh capital of Almaty and hypocritical Justin, Blackface, Trudeau is forced to follow Kazakh tyrant Nursultan Nazarbayev into exile.

Repeat COVID-19 Vaccine Booster Shots Trigger Regulator Warning About Immune-System Risks
COVID Survival Rate For Under 20s Is 99.9987%; Stanford Epidemiology Prof But Trudeau, Saint Bonnie Henry and every Canadian provincial premier wants every child vaxxed despite the risk of heart and vascular damage the vax entails
Supreme Leader Nic Sturge-on Tells Scots They May Have to Wear Masks For Years
LA Times Columnist Says Mocking Anti-Vaxxers' Deaths Is "Necessary"  So are "anti-vaxxers" to cheer if your child dies from a vaccine side effect?
Covid is now killing HALF as many Brits per day as does flu in a bad year
Mass. Wastewater Data Suggests Covid-19 Cases Substantially Higher Than Reported
England's ?MI6 Archbishop of Canterbury called in to sell the lie that vaccination stops the spread
Double Vaccinated Have Double the Infection Rate, Data From Iceland Shows Would someone point this out to out dull-witted Prime Minister?
And for any who may question the claim, please note that British data have shown the same thing for months -- as we pointed out here.
But however much data one present, most people are by now too brainwashed by the lies of Trudeau and the rest of the Covid Nazi leadership to grasp that they've been duped in a psychological operation to be a lab rat in a global experiment.
Omicron Could End Up Being Less Deadly Than Seasonal Flu; New US Study Which won't deter the vax Nazis who are setting up concentration camps now for the "anti-vaxxers", which is to say those who claim the freedom to refuse an untested so-called vaccine that is know to promote viral spread.
US Supreme Court Presented With Fake Science to Justify Vax Mandates It will be interesting to see if the Supreme Court justices accept the bullshit. As the US seems intent on self-destruction due to a national psychotic break, it's a reasonable bet that they will.
When People Are Anxious, Isolated, & Hopeless; They're Less Ready To Think Critically Which is why most Canadians dumbly accept Trudeau's lies and bullying.
Why Don't We Cut Out The Middleman And Just Elect Pfizer & Merck? You mean get rid of dim-bulb dictator wannabe Trudeau and his absurdly ignorant agents, the likes of Teresa Tam, Saint Bonnie Henry and the compliant Provincial Premiers?
In fact, the idea of having the richest people rule the country is one I have long advocated. At least then they`d have to justify their actions instead of evading that unpleasant necessity by having bought political representatives skilled in rhetoric to spew plausible lies on their behalf.
South African Researchers Say Omicron Might Mark The End Of COVID Pandemic It will do that because the infection induces memory T- and B-cell immunity, which means long-lived, probably life time, immunity, which the new-tech vax fails to provide.
'I see it coming': Mandatory vaccinations on the horizon, Minister says So this  slithy Tove intends to have the Canadian Provinces impose the vax tyranny:

“I think discussions need to be had about mandatory vaccinations because we have to get rid of Covid 19.”

A fine example of what used to be called a non sequitur, but is now known as bullshit.  The bullshit being that the vax does not "get rid of Covid19," but rather hastens the spread. And this fornicating humbug is the fornicating Canadian Minister of Health. God help us, indeed.

Most New Yorkers in hospital with Covid, were not admitted to hospital because of Covid — many were no doubt infected in the hospital, most hospitals being rife with the virus.

Study Finds People Wearing Masks are Meaner, More Selfish, Less Moral, and More Violent These are the Covid Nazis, we`ve been warning against.

Thousands Protest Scotch Covid Lockdown Nazi, Nicola Sturgeon  Soon they may want terminate Tony Blair's totally idiotic national devolution scheme and rejoin the United Kingdom.
Doctors warn 'no jab, no job' rule will make NHS staff shortages worse. As this article indicates, Jokester PM, Boris Johnson's Health Minister, Savage Javage, is so ignorant he had to be told by a doctor that getting Covid gives you better immunity that the untested and potentially lethal, new-tech so-called vaccines that are incapable — in principle — of providing full-spectrum and long-lasting immunity.
End Covid Vaccination of Children Because the Risks Outweigh the Benefits, Government Told By MPs and Scientists Oh screw the kids. We gotta protect granny and all the obese members of the school teachers Union.
No need for fourth vax dose, say UK Government Scientific Advisers Most people under the age of 50, could have done without the first three doses.
Winning the War on “Misinformation” 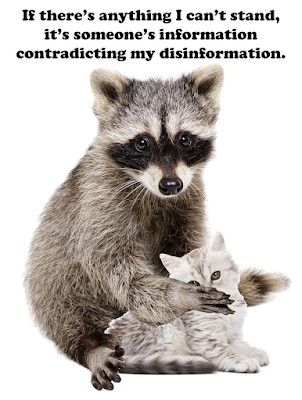 ‘We’ll Piss You Off!’ – Massive Protest in France Against Macron Following His Dehumanizing Comments on Unvaxxed So the French people told Macron to piss off when he insulted a large part of the population. Canadians, in contrast, apparently accept Trudeau's insolence without a murmur. Well there was a murmer in Montreal where the People's Party held a rally to oppose mandatory vaccination, Bravo.
Posted by CS at 11:16 AM

POSTS FROM THE PAST
The New World Order (8)
About Intelligence (12)
Globalization (14)
A Scientific Perspective (40)
Christianity in the Age of Atheism (8)
The Death of the West (22)
The Novichok file (30)
Carbon, Climate, and Hot Air (18)
Other Stuff (24)
SCI/TECH
ScienceX
Live Science
Quanta Magazine