How Globalization Shrinks the Economy 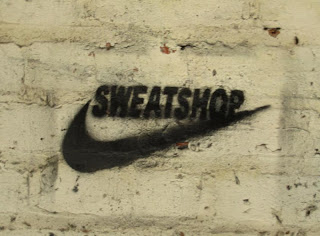 Globalization provides great profit opportunities for global corporations, one being through wage arbitrage, which is to say the substitution of cheap Third World labor for expensive western labor. A consequence of such labor substitution now becoming abundantly clear is a reduction in Western living standards: globalization has increased rates of unemployment, underemployment and workforce abandonment throughout the West, while lowering wages and destroying the power of unionized labor.

Loss in the West of manufacturing jobs and jobs in internationally tradable services such as engineering, biotech, drug research, and software has reduced Western investment in plant and equipment leading to further reductions in demand for Western labor and thus in Western living standards, not to mention morale and workforce skills.

What is bad for the worker is inevitably bad for the consumer economy. Massively increased debt such as we now see in the West can compensate only so far for lower wages, and once the limit on adjustment to declining income through increased debt is reached the burden of servicing the increased debt further reduces consumption. 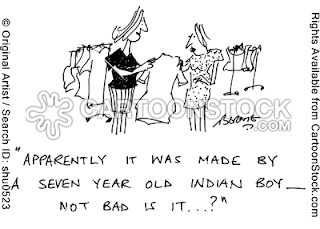 With declining spending power, consumers compensate by purchasing cheaper stuff, which means substituting for whatever is still made domestically stuff, often of greatly inferior quality, made in Third-World sweatshops — did you ever notice how WalMart and other stores specializing in cheap Third World merchandise have a peculiar cheap-trash smell? I guess it's all the outgassing plastics and synthetic fabrics.

The result of forcing consumers to depend increasingly on imported goods adds a further turn of the screw on the domestic labor market, driving incomes and thus consumption down another notch.

In the West, where consumer spending accounts for 70% or more of GDP, declining consumption must mean economic contraction. Economic contraction is bad news for the ruling elite, since the public judge the performance of any government primarily according to their standard of living.

But not to worry. The public are sufficiently deluded by the economic drivel supplied by the media to believe that the economic consequences of government action are faithfully measured by a metric known as the Gross Domestic Product (GDP). But GDP is a wonderfully meaningless statistic, being simply a measure of all expenditures, including not only expenditures for useful goods and services plus investments in desirable things like homes, schools and hospitals for ourselves and our children, but all the ludicrous things on which Western governments  dispose of half the national income.

For example, subsidies for alternative energy that enrich various among the undeserving friends of government, including Prime Minister David Cameron's father-in-law who nets a cool thousand quid a day leasing land for useless windmills. (Solar power is another popular target of unproductive government spending.) Such programs add to the GDP, while diminishing the wealth of the nation. Among such dysfunctional expenditures must be included public education, now chiefly a conduit for state propaganda, and public healthcare, which may  kill as many as it cures.

More significant, though, are expenditures for national security, i.e., intimidation of the public through measures to counter non-existent terrorists. US Homeland security, for example, has purchased enough hollow-point bullets to shoot every American five times over, which suggests either a huge waste of money or a nasty plot to shoot every American with hollow-point bullets five times over. In either case, the outcome can hardly be considered an addition to national wealth, yet the cost has undoubtedly been included in the calculation of US GDP. Meantime, the Brits lavish billions watching one another by means of millions of CCTV cameras, to no obvious economic advantage.

And then there's the wars against people without a chance against high explosives delivered from the air. These have limitless potential for jacking up GDP as fast as the central bank can print the currency. And the inflationary effect combined with a phony CPI deflator is enough, all on its own, to create the illusion of economic growth.

And most importantly, there's mass immigration, of which the liberals who dominate the Western political debate cannot have enough. Immigrants create additional economic demand and thus bump up output, but this is not output for ourselves and our children. No, this is output created by and for those foreigners with whom Western rulers have opted to make their own people share the country. Mostly immigrants are young adults and their children. They thus create a huge demand for new infrastructure: maternity wards, schools, roads, houses, sewers, power generation, universities, recreational facilities.

Mass immigration is thus ideal for boosting demand in an economy being hollowed out by globalization. The cost of all the additional infrastructure necessitated by the resultant population boom props up a sagging GDP. And the joke is that the cost of this additional "GDP" is borne by the taxpayer who is thus forced to subsidize the people who have come to take his job, obliterate his culture and drive sky high the price his kids will have to pay if they want a home of their own.

Globalization Is GOOD (For the Rich)
Posted by CS at 11:25 AM